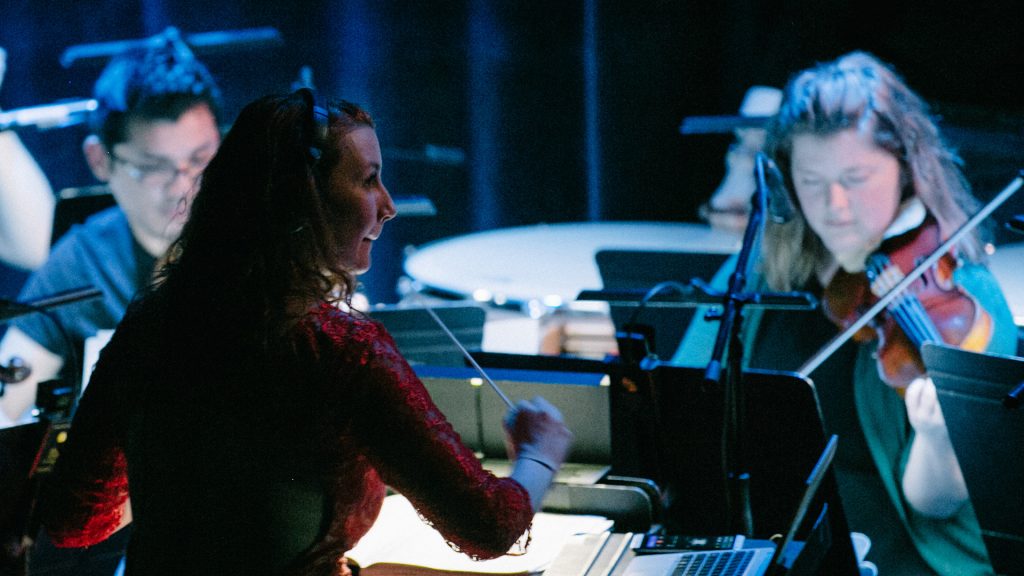 Loose Tea Music Theatre is a not-for-profit, charitable music theatre company that specializes in classical music productions, taking an innovative approach to develop and stretch perceptions of the theatre and concert going experience. Loose Tea presents works that challenge the audience and artists to break from tradition and become engaged together in an experience.

Founded by Director and Creator Alaina Viau in 2013, Loose Tea is changing the face of opera. The 2019-20 season saw the company premiere two new unconventional operas, receive its first DORA nominations for “Singing Only Softly” and the appointment of Joanna Diindiisikwe Simmons as Artistic Director. Through our support and development of diverse creators and new works we are actively addressing the systemic issues that have been inherited by the art form. We seek to create an anti-racist, compassionate and accessible environment for our teams and audiences. We centre our creation in addressing critical social issues, the telling of diverse stories of all people who live one this land and giving a voice to new type of opera expression.

Loose Tea Music Theatre is dedicated to the exploration of cross-cultural and social relationships. Through the use of opera and interdisciplinary performative arts, we creative innovative and relevant productions that explore the universal themes of the human experience and specific social issues, both domestically and abroad.

We also work with numerous artists from outside classical music, and have been commended for our innovative approach by critics, peer organisations and are an active member of the Indie Opera Toronto. Loose Tea is currently collaborating with Toronto Summer Music Festival, Symphony Nova Scotia, and developing a new concept for Music and Beyond. Whose Opera Is it Anyway is developing a touring series. 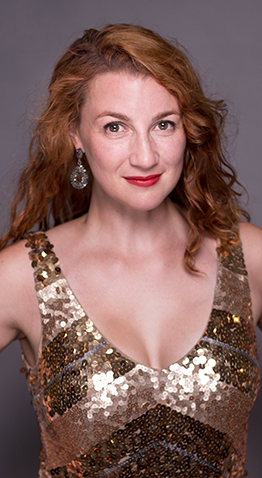 Alaina is a daring opera director, creator and producer challenging the mainstream of the classical music experience. She is the Founder and Executive Artistic Director of indie opera company Loose Tea Music Theatre where she collaborates with DJ’s, projection artist, choreographers and filmmakers to produce genre breaking productions.

She is dedicated to the exploration of cross-cultural, and social relationships. Through the use of opera and interdisciplinary performative arts, Alaina creates innovative and relevant music productions that explore critical social issues. This season Alaina won a Canada Council for the Arts Professional Development Grant to work with Ashlie Corcoran at the Arts Club Theatre in Vancouver to develop a framework for cognitive disabilities in Arts Leadership, board development and governance and as assistant director on Every Brilliant Thing.

With Loose Tea, Alaina has directed re-imagined contemporary versions of Dissociative Me (Gounod’s Faust), Love in the Age of AutoCorrect (Mozart/Stravinsky) and La Tragedie de Carmen (Bizet). This season she premiered a critically acclaimed re-imagining of Bizet’s Carmen as #YesAllWomen that disected gender equality, class society and the societal and impacts of gendered based violence and post-traumatic stress disorder. This season also saw the premiere of Singing Only Softly, a new opera inspired by the redacted and missing pages of Anne Frank’s diary by Cecilia Livingston and Monica Pearce.

Alaina created the hilarious improv opera show “Whose Opera is it Anyway?” that has toured to sold out houses and was recently running as a monthly show in Toronto. From the success of the show, she developed a Music Theatre improv workshop for the vocal and piano studios at Queen’s University.

“A high energy, brilliantly designed workshop…out of the box Music Theatre at its most engaging!”

The summer of 2018 saw Loose Tea partner with Toronto Summer Music Festival on a fully staged version of L’Histoire du Soldat and designs for Quartet for the end of Time at Koerner Hall.

In the 2018-2019 Season, Alaina was the resident director at Toronto City Opera presenting the opera cannon in daring new ways: The Marriage of Figaro in December 2018 and Traviata in March 2019, with a remount of Traviata at the Opera Muskoka Festival that summer. She has directed and designed HausMusik for Tafelmusik Baroque Chamber Orchestra and was Artistic Director for two seasons at SOPAC Ottawa presenting Suor Angelica, Pagliacci and Cendrillon. She also directed/designed a post apocalyptic L’isola Disabitata for Thirteen Strings Chamber Orchestra in Ottawa for their 40th anniversary Concert. 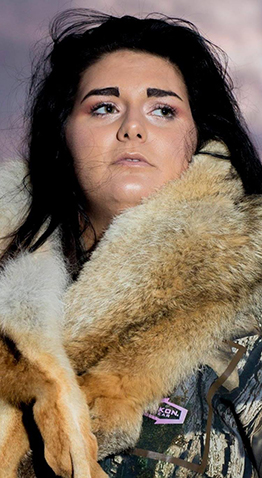 Joanna is a Saugeen Ojibwe artist from Lindsay, Ontario. Joanna is a professional opera singer and is a graduate of the Glenn Gould School of Music (Glenn Gould) of The Royal Conservatory. She completed her studies in the four-year Performance Diploma Program and the two-year Artist Diploma Program at Glenn Gould. Joanna has been involved in operas such as The Cunning Little Vixen by Janacek and in 2015 performed the role of Oberto in Handel’s Alcina presented in Toronto’s Koerner Hall at the Telus Centre. Joanna performed at the 2015 Pan Am Games opening ceremonies with Cirque du Soleil and the 2015 ParaPan-Am Games opening ceremonies with production company B5C. Joanna sang the lead role of Sara Riel in the Canadian Opera Company’s production of Louis Riel in 2017. In October and November of 2019 Joanna sang the lead role of Native Girl in Pacific Opera Victora’s tour of Missing, a story based on missing and murdered indigenous women and girls in Canada. Missing is a chamber opera with libretto by Marie Clements, music by Brian Current and directed by Peter Hinton. Currently, Joanna works for The Dance Umbrella of Ontario as office coordinator, sits on the Board of Directors for the Mississauga’s Children’s Chorus, and is involved with the Harmony Collaboration as both mezzo soprano soloist in the roles of Grandmother Moon and Muskrat in their production of FIRST as well as their Performing Arts Liaison.

Joanna is actively involved in the indigenous community throughout Ontario and this upcoming year Joanna will be teaching theatre lessons with the youth at the Mississaugas of the Credit First Nations. Joanna is excited for the future of indigenous involvement in the arts and looks forward to playing an integral role in the evolution and advancement of indigenous engagement within the arts in Canada.