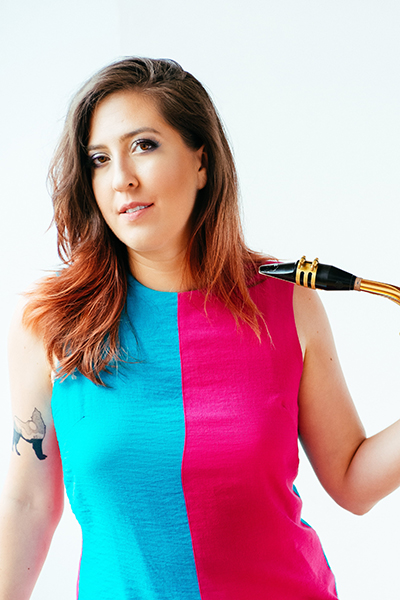 They had her Lincoln Center (NYC) debut performing with the International Contemporary Ensemble in Michael Pisaro’s A Wave and Waves, their Australian debut in 2017 premiering new Australian and Canadian works, their film debut performing in Atom Egoyan’s upcoming film Guest of Honour, as well as recorded an album one and a half miles underground with her duo Stereoscope in the SnoLAB (Neutrino Lab in Sudbury, Canada).

They have also been named a 2020 cohort member of Why Not Theatre’s ThisGEN Fellowship and Buddies in Bad Times Theatre’s Emerging Creators Unit. Their most recent works include writing their first string quartet ‘the body remembers’ as part of the JACK Quartet’s inaugural 2020 JACK Studio in NYC (including a musical land acknowledgement in collaboration with the student of the NYC Face The Music Program), composition and sound design for ‘Welcome To My Underworld’ (Director Judith Thompson in collaboration with Soulpepper), as well as composition and sound design for ‘Brain Storm’ with Lucid Ludic Productions and Why Not Theatre.

As an activist, they are alumni of the 2018 cohort of the artEquity facilitator training program (New Orleans, LA), as well as the 2019 Toronto Arts Council’s Leaders Lab and was a lead organizer and co-founded the Toronto Creative Music Lab (TCML).